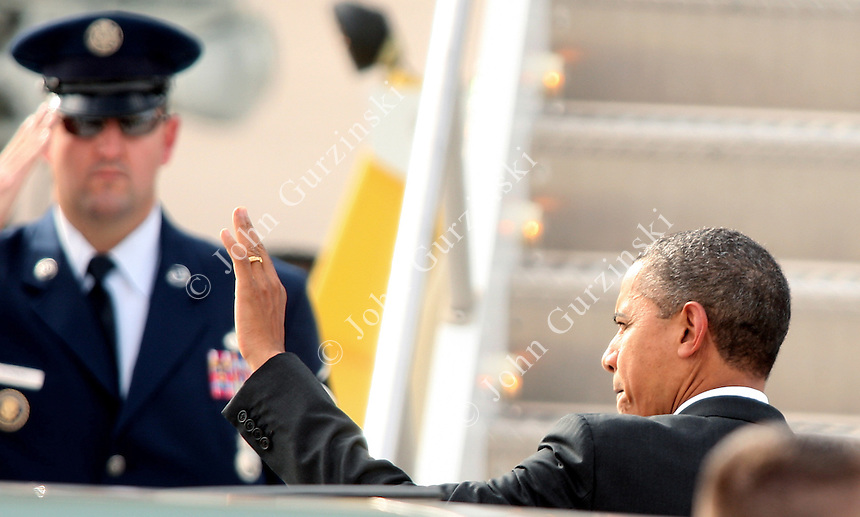 President Barack Obama waves as he boards Air Force One preparing to depart Las Vegas Monday October 24, 2011. Obama the Bellagio Resort for a fund rasier and visited a local neighorhood where he announced he is broadening a federal aid program to allow more homeowners who are underwate on their mortgages to refinance at today's low interest rates Photo John Gurzinski/lasvegasphotography.com